Limitless Mind and Body with Qualia 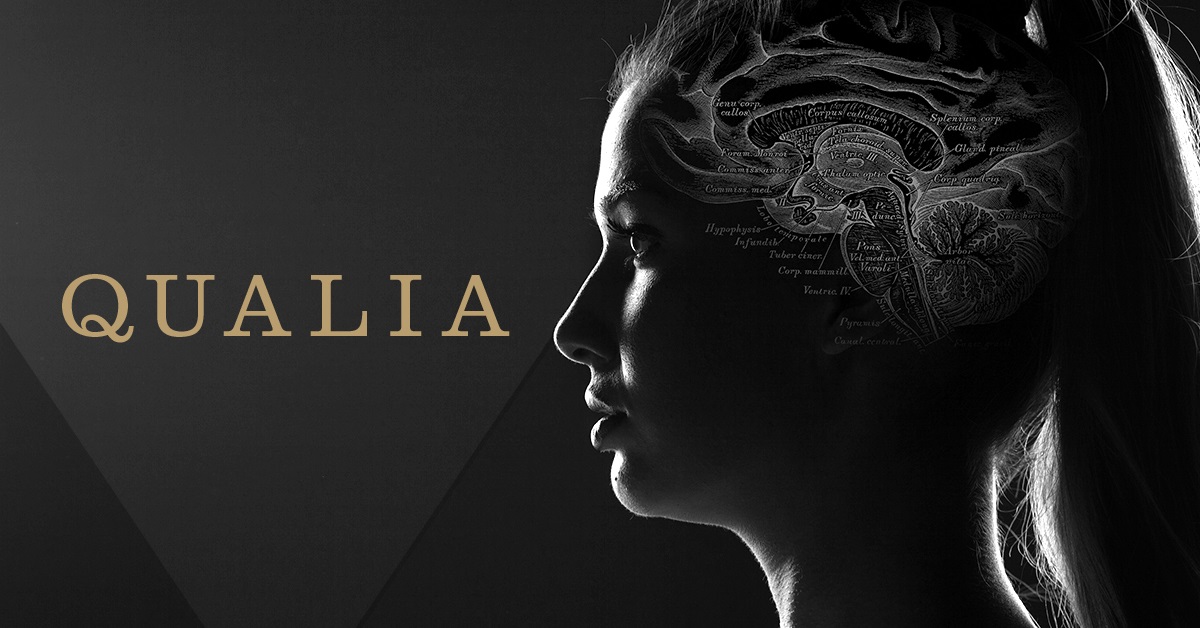 Ever since watching the film Limitless and the television series of the same name, I have been searching for something similar to the mysterious drug called NZT-48. Let me first start by stating that I am not completely insane and I do realize this pill is fictional. However, there are smart drugs out there that are safe and legal.
Over the past couple years, I have been researching and testing out different types of nootropics (otherwise known as smart drugs). Additionally, I have been looking for a new multi-vitamin as I spend way too much money on vitamins and nootropics! A couple months ago, I came across a nootropic called Qualia. The team at Neurohacker has truly created something special with this. If I had to name a smart drug (one that is safe and legal) approaching the fictional NZT-48, it would definitely be Qualia.
So, let me show you what is in Qualia and how it will help you. Once you are convinced that Qualia is for you… use the promotion code WARRIOR and purchase Qualia Here For a 10% Discount!
Executive Summary
Let’s take a quick overview of what will be discussed.
1. What is in Qualia?
2. Hyper-Metacognition.
3. Superior Energy.
4. Think – Look – Feel.
What is in Qualia?
Qualia is a multi-nootropic (nootropic stack) and multi-vitamin. It comes in two bottles. Step One is bottle one and Step Two is bottle two.
The ingredients to each bottle are identified below. 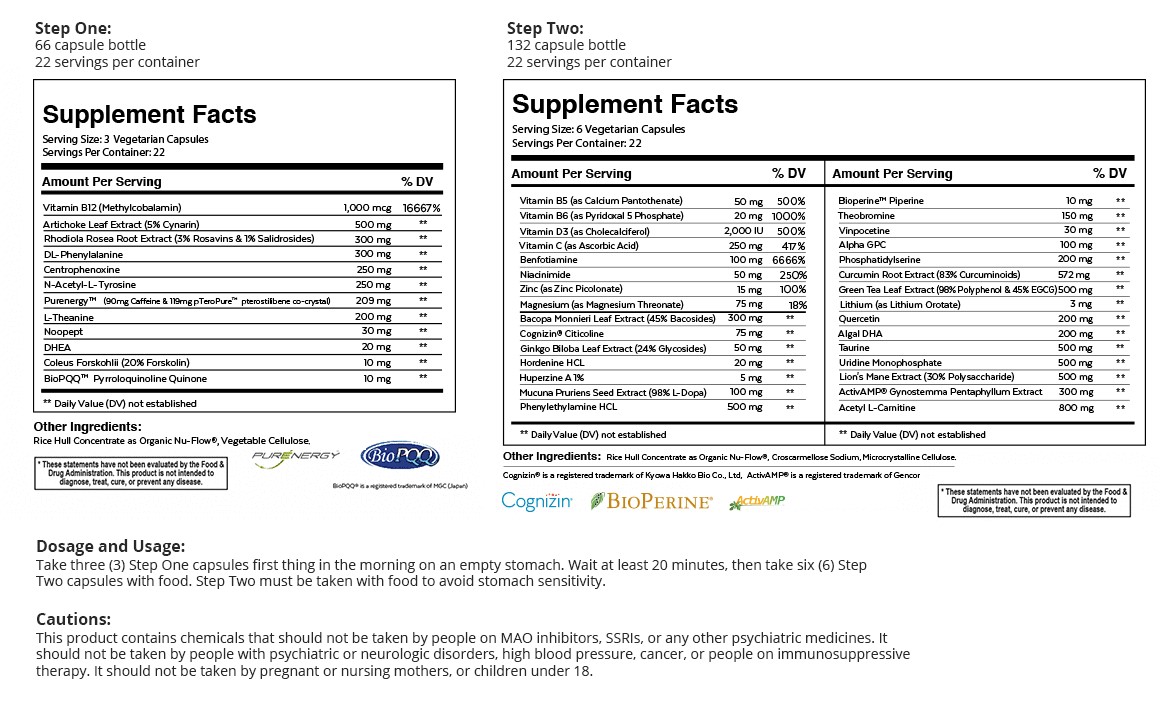 I read several reviews when researching Qualia. Here is what the team at Nootropedia.com had to say.

“As someone immersed within the nootropic and smart drug space, the thing that excites me the most about Qualia is the new approach. Qualia seems to provide a completely different approach to nootropic stacks than any other brand I have seen. A skim of the ingredients will show any nootropic enthusiast that the objective with Qualia is essentially everything. They’re trying to build an all-in-one stack.”

“(Qualia) Allows them (all of us) to actually apply that (deep thinking) and not be stuck in procrastination.”

Qualia allows us to not only improve our critical analytical capabilities but to improve our creative and metacognitive abilities as well. Schmachtenberger remarked,

“Our goal was to make the system more efficient overall and to increase the net capacity and information processing so we can simultaneously be more driven and more present at the same time.”

Superior Energy
Running, exercise, and taking Qualia are key to my success in life. For me, running brings about creative inspiration. It is amazing how ideas pop in and out of my mind when I run. Yet, this has been extensively enhanced by taking Qualia. Let’s take a look at two powerful reasons why Qualia and exercise will evolve your life as it has my own.
1.     Neurogenesis. Exercising, especially in the morning, prepares the brain for optimal learning and sparks Neurogenesis. Neurogenesis demonstrates that exercise is strongly correlated with increased brain mass, improved cognition, and new brain cell production. It is sparked by exercise. Explicitly aerobic exercise, which is the optimal vehicle for the production of the magical substance known as brain-derived neurotrophic factor (BDNF).
2.  Metabolism. Metabolism is the sum of total energy our body expends each day. Just as in our car, we burn less fuel at rest compared to when we are moving. Simply put, the more active we are during the day, the more we burn, and the higher our metabolism.
For a detailed look at my morning routine and what I do to keep my body charged all day long, I highly recommend you read the following.
Why I Have a Morning Routine and How It Makes Me Sharper Every Day

How to Stay Awake and Energetic No Matter How Busy Your Schedule Is
Neurohacker co-founder Schmachtenberger had the following to say regarding Neurogenesis and Qualia,

“You can have more deep focus and better task switching at the same. This is why so much of the formula is not only focused on real time chemistry, but is focused on things like Neurogenesis and Synaptogenesis and synaptic plasticity.”

Think – Look – Feel
Most of us live life where, we know we need to get better, yet we just can’t. It seems as though how we think, look, and feel are all interconnected… which they are. When our mind is foggy and we can’t think, we don’t look well, and we don’t feel well. 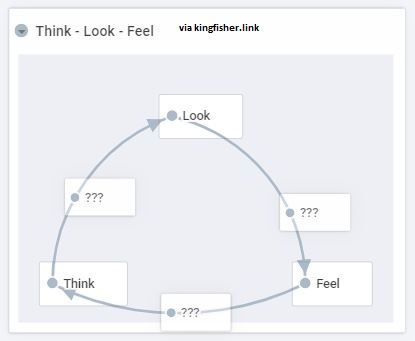 There is a gap in between each, but how can we fill it? The answer… Qualia!

So, if you want your thoughts to be clear, if you want to look better, and feel better… purchase Qualia Here For a 10% Discount! and use the promotion code WARRIOR for 10% off your purchase.

Also, feel free to contact me at drjamieschwandt@gmail.com if you have any questions regarding Qualia.
Ultimately, we should strive to become better and evolve, for which Qualia puts us on the right path. I will conclude with this quote from Schmachtenberger on the use of Qualia,


“You can actually be evolving a more complex information processing system that has more net capacity.”

Popular posts from this blog 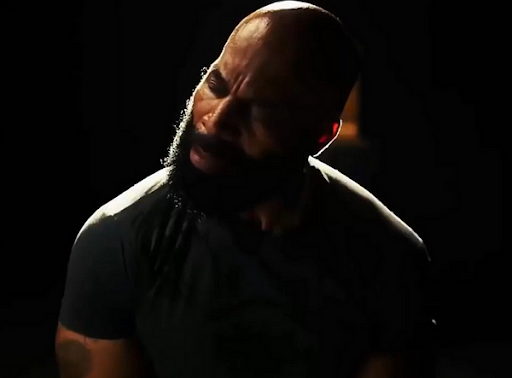 Are you in need of an instant jolt of motivation? If you are, you have found the right place. Let me tell you about a crazy and inspirational man by the name C.T. Fletcher. He is a bodybuilder who died (flatlined) 3 times during open-heart surgery, was told he will never lift another weight again, and is the last person you would expect to provide deep inspirational advice. So, get ready for some vulgar, yet philosophical advice inspired by a man and his motherf*ck!ng magnificent obsession to prove everyone wrong!A point of caution before proceeding… C.T. Fletcher speaks his mind and uses language that might not be appropriate for children or those of you who are weak. So, if this is you, change the title to ‘Be Ordinary’ and stop reading!In the words of C.T. Fletcher as he speaks to his biceps… (yes, you read that correctly)
“I command you to grow motha fu*ka! I tell you what to do you, you don’t tell me! I told your a$$ to grow… now GROW!”C.T. offers us a metaphorical and deep philos…
Read more

Why Some People Are More Creative Than Others 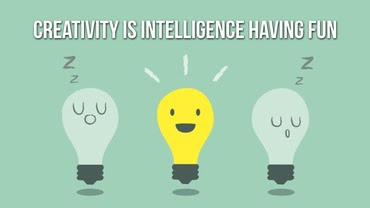 Wouldyou label yourself a creative person? Do you think creativity is something we are born with? Creativity is more than the simple left versus right brain. It is more than your logical hemisphere compared to your creative hemisphere. Creativity and learning takes place when we are able to connect new knowledge with knowledge we were already familiar with. Creativity is something we can all develop. In fact, it has been scientifically proven that creativity can be cultivated.Prior to the last couple of years, I used to think creativity was something you were born with. I believed one of the myths of creativity and used it as an excuse. Do you associate with any of these common myths about creativity? Common myths:1You are born with it.You have to be right-brained.It falls into your lap.You’ve got to be a little mad.Everyone has fell victim to at least one of these myths, but anyone can be creative, not just the privileged few. Let’s take a look at how some people embrace this mindset…
Read more